DEBUTS FRIDAY, MAY 8, 2020 ON CHERRYTREE RECORDS

DETROIT DREAMERS is the rock band Martin Kierszenbaum (founder of the Cherrytree Music Company) and Tony Lake (GRAMMY® award-winning engineer). Though formed several years ago, the two Michigander musicians and best friends release their first EP together this Friday, May 8, 2020 on Cherrytree Records.

The DETROIT DREAMERS EP brims with electric impulses of raw energy inspired by the rhythm of a city rich in strength and innovation.

Martin and Tony grew up influenced by seminal local Detroit rock groups MC5, The Stooges and Brownsville Station before putting everything they owned into their Chevy’s and driving to California to pursue their dream of making music for a living.

Their aspirations became reality as Martin Kierszenbaum began to work with Soundgarden and Marilyn Manson then eventually writing and producing music for Sting, Lady Gaga and Mylène Farmer. He went on to launch his Cherrytree Music Company and garner 6 Billboard #1’s.

Tony Lake became an accomplished engineer and mixer and was awarded a GRAMMY® for his engineering work on Sting and Shaggy’s album “44/876.”

But neither forgot their promise of an original band together nor their passion for rock music. And, so, in early 2020, they recorded their DETROIT DREAMERS EP.

“We’ve been wanting to get these songs off our chest for a while now,” says Martin. “The album Is a collection of snapshots of our journey and pride for where we got our start.”

Tony adds “the people of Detroit have an independent spirit and a work ethic that’s allowed them to persevere despite obstacles. It’s a community that I’m proud to be from.”

DETROIT DREAMERS is the manifestation of ideas dreamt, amps turned up, and promises kept. 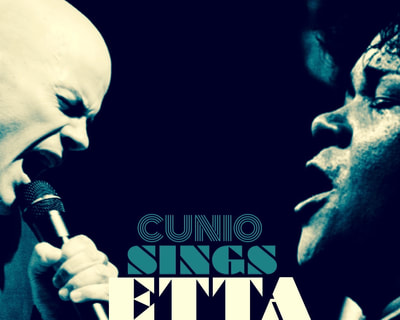 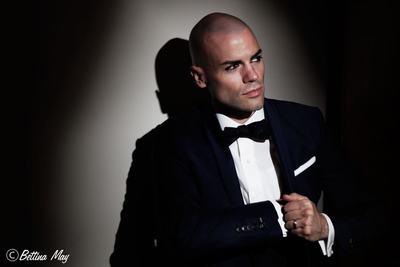 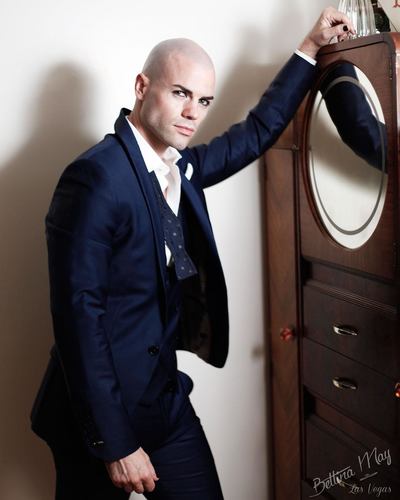 “Electrifying” Broadway and PBS star MICHAEL CUNIO returns to the artist who has been his most enduring inspiration, Etta James, with his new live show, CUNIO SINGS ETTA. Performing classic arrangements in her original keys alongside a horn-driven quintet of NYC’s finest soul musicians, Cunio brings new life to James’ biggest hits including  “A Sunday Kind Of Love,” “At Last,” “Tell Mama,”  “I’d Rather Go Blind,” “All I Could Do Was Cry” and more.

Cunio Sings Etta makes its New York City debut on Tuesday, August 22 at 8pm at Duane Park (308 Bowery). Reservations for dinner and the show are available now by visiting www.duaneparknyc.com.

Described as the “spawn of Freddie Mercury & Janis Joplin,” Cunio gained national attention for his performance of Etta James’ classic "At Last" in the PBS concert special “Under The Streetlamp Live!” The TV special was a top 5 hit for PBS and "At Last" became his signature song. With Under the Streetlamp, Cunio filmed two nationally televised PBS specials, released three albums, and toured the world headlining venues including the Greek Theater and Wolf Trap.

In 2015, Cunio recorded and released “Back Alley Soul,” a tribute to the classic soul 45’s of the late 60s & 70s backed by members of Sharon Jones & the Dap-Kings, The Roots, Harry Connick Jr., Postmodern Jukebox and more.  The album was named after a fan told him “in Memphis, we have an expression for the way you sing.” “Back Alley Soul” debuted at number 6 on the iTunes R&B/Soul charts.

Cunio has also starred on Broadway as ‘Corny Collins’ in Hairspray, ‘Tommy DeVito’ in the Chicago Company of Jersey Boys, won an Ovation Award for his work in the world premiere of Reefer Madness and was nominated for an LA Weekly Theater Award for his performance in the world premiere of Sneaux. Regionally, he starred in productions at ART, Arkansas Rep, NSMT and The Kennedy Center. On film, he starred in the hit indie film The Fluffer (opposite Debbie Harry) and on television in “V.I.P.,” “The West Wing,” “Real Story” and Disney’s “Motocrossed.” His voice has been featured on the “Oprah Winfrey Show,” “Access Hollywood” and “Extra” and he has performed alongside Serj Tankian (System of a Down), Adam Lambert, Paloma Faith, Stacy Barthe and Rock & Roll Hall of Fame inductee Darlene Love.

Currently based in NYC, he averages nearly 150 live shows a year at venues including the Gramercy Theater, Brooklyn Bowl, Duane Park and The Box.

For more info, join him at www.michaelcunio.com 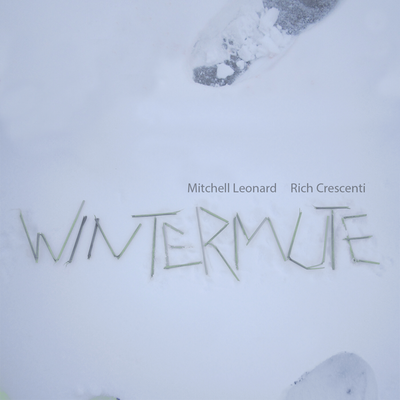 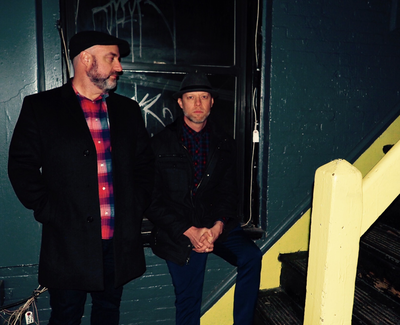 A musical score that follows two strangers along separate paths on a cold, snowy night in the city, 'Wintermute' combines humanity and technology by being "playgrammed" - tracked live and then manipulated digitally as MIDI information.

The duo will also premiere "Wintermute" with a live performance at Our Wicked Lady (153 Morgan Ave, Brooklyn, NY 11237) on February 2, 2017 at 9PM as part of the "Thursdays for the Cause" series - a SAVI (Sexual Assault and Violence Intervention Program) Benefit Show. All proceeds of the door plus a percentage of bar sales from the evening go directly to the SAVI Program at Mount Sinai Hospital. For more information, please visit www.ourwickedlady.com.

Leonard and Crescenti first met while playing in clubs throughout the American Southwest. Years later, they reconnected in New York to make music together. Their first release, ‘The Barrelhouse E.P.,’ grabbed listeners in the summer of 2013 with its distinctive style of snaps, claps, percussive piano and gritty vocals. As New York grew on them, their collaboration revealed a darker, moodier side with ‘Already Too Late.' ‘Wintermute’ is their first collaborative foray into instrumental composition, conjuring the quiet melancholia of winter that settles across the city.

Mitchell Leonard is a Brooklyn-based pianist, composer and Barrelhouse Jazz artist. During his teenage years, he worked as an accompanist for traveling theater companies. Since then, he has played hundreds of live shows as the front man for the bands Dimonet and Critch, worked as a keyboardist at the legendary Rumbo Recorders in Los Angeles alongside veteran producer Ron Nevison and recorded several albums of his own works. You can hear his music at www.mitchellleonard.com.

Rich Crescenti has been playing music since he was 9 years old and making recordings for nearly 20 years. Throughout his career as an engineer, producer and drummer, Rich has worked in such world-class recording institutions as Soundtrack NY, Firefly and Premier Studios. As a drummer, he's been the foundation of several bands including Jones Fracture and Brooklyn favorite Bugs in the Dark. Check out his work at www.richmakesrecords.com 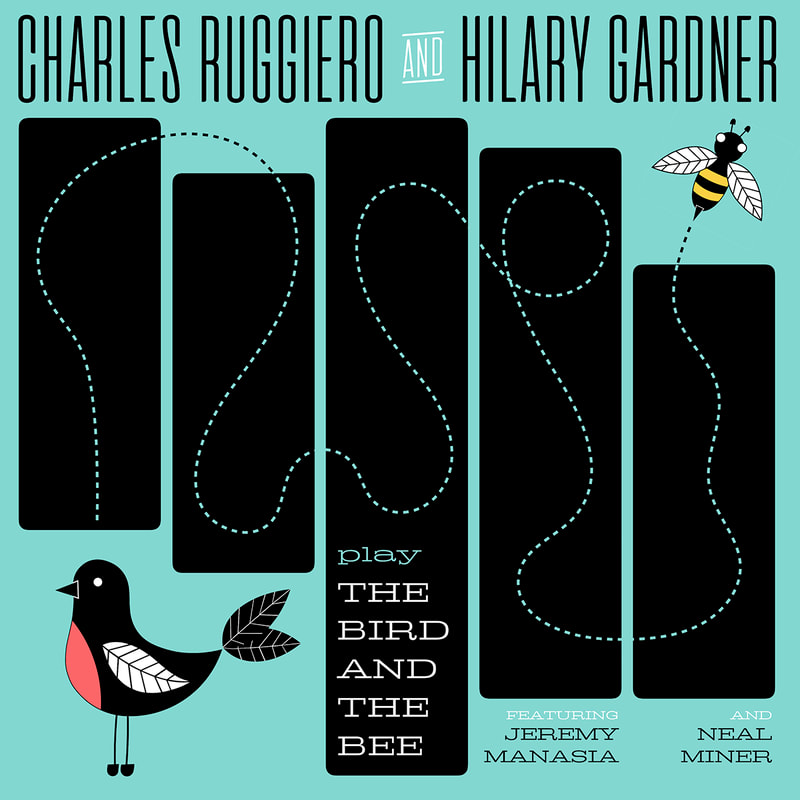 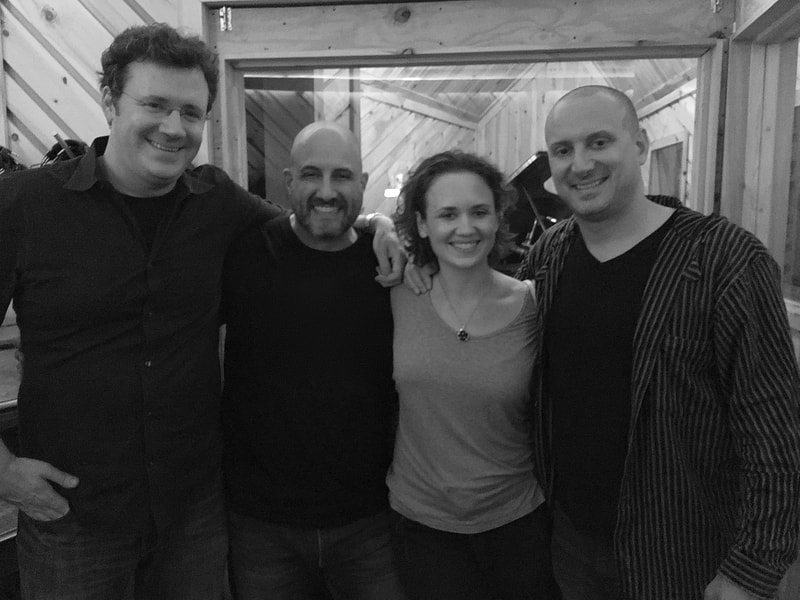 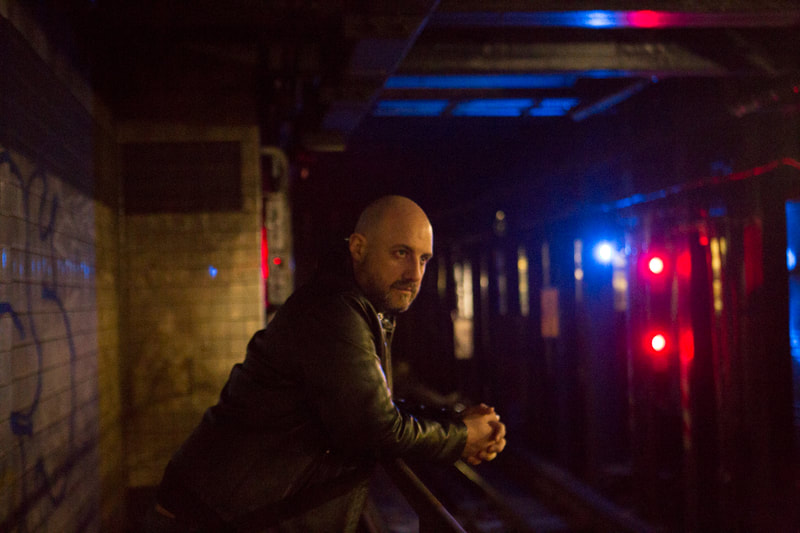 Longtime friends, drummer Charles Ruggiero and vocalist Hilary Gardner, initially connected over their shared love of the bird and the bee, a Los Angeles-based synth-pop duo helmed by Greg Kurstin and Inara George. The bird and the bee made their recording debut on Blue Note Records in 2006, delighting mass audiences and musicians alike with what Entertainment Weekly hailed as "space-age pop that cunningly combines bossa nova languidity with Beach Boys-style lushness.”

“”BOOM BANG, BOOM BANG!” was my first record as a leader,” says Ruggiero. “I desperately wanted to cover the bird and the bee’s song “I’m A Broken Heart” because the melody, chords and harmonic motion of the song lent itself so well to becoming a jazz arrangement. It went so well that Hilary and I decided to do an entire record of their music.”

“Charles and I talked on and off for years about recording a tribute to the bird and the bee,” says Gardner. “I was a little skittish about doing a tribute album, to be honest--why do something that’s already been done, right? But digging into this repertoire in a straight-ahead jazz context felt completely fresh and new. The bird and the bee songs marry this incredibly sophisticated musical architecture with witty, intelligent lyrics. We had so much fun with this project.”

After selecting eight of their favorite songs by the bird and the bee, Ruggiero and Gardner called upon New York City jazz stalwarts Jeremy Manasia (piano) and Neal Miner (bass) and headed into the studio. The collaborative quartet deftly navigates catchy-but-complex melodic and harmonic structures while finding new interpretive possibilities within the lyrics putting the listener’s focus squarely on the songs themselves.

The pair’s admiration and affection for Inara George and Greg Kurstin’s music has not gone unnoticed. Upon hearing Ruggiero and Gardner’s tribute to the bird and the bee, Inara George responded, “Greg and I are very familiar with how much work it takes to cover an entire record’s worth of music by another artist. It takes a great amount of care and respect for the artist you are covering. So, when I first heard Charles Ruggiero and Hilary Gardner’s record, I was blown away. All the players are obviously insanely gifted. I was beyond flattered and I had so much fun hearing how they had interpreted our songs. It was a real pleasure to hear and a great compliment for which we are very grateful.” 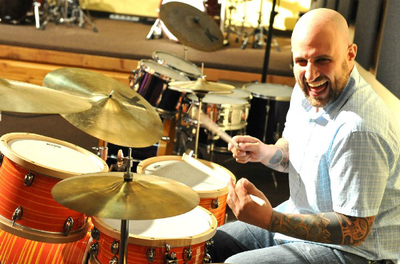 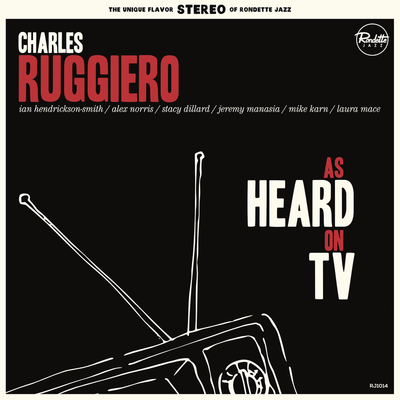 "Show tunes have always been the perfect platform for jazz. The Great American Songbook - the standard repertoire - is almost entirely made up of music written for Broadway. There's a reason for that...
Well, it's not 1961 anymore, and although it is as popular as ever, the bright lights of Broadway have been dwarfed by the LED lights of the television screen. In 2015, the small screen reigns supreme. "Oklahoma!" has been replaced with "Dallas" and "On the Town" with "Sex and the City". Shows today are 13 episodes a season rather than 2 acts. Thankfully though, show tunes remain show tunes. Quick, catchy, malleable, and popular... Everything you want in a musical canvas." - Excerpt from "As Heard On TV" liner notes by Charles Ruggiero, July 2015

Ruggiero's footprint into professional jazz began at a young age when, at 23, he toured with Chuck Mangione. He has performed with jazz artists such as Molly Ringwald, Brad Mehldau, Bob Reynolds and Peter Bernstein as well as toured with rock bands Slunt and Circus Diablo. Ruggiero has been featured on numerous recordings and regularly plays throughout the world spending extra time in New York City and Los Angeles. He is endorsed by Zildjian, Yamaha and Remo.

About "As Heard On TV"
"When you listen to Charles, you hear the past as well as the future. You want to know what 'Good Times' is? It's the way he plays it!" - Gregory Hutchinson
"Charles Ruggiero and his stellar bandmates have created a truly enjoyable jazz album. A very rare thing these days!" - Peter Bernstein
"Ruggiero crushes. One of the hardest swinging drummers on the scene.” - Brian Charette
"I'm lovin' the record. I knew it was KILLIN' when my daughter came out from her room and said to me 'That's the iCarly song.'” - Jonathan Blake